Five tips for tackling gender bias in your organisation

When looking for a definition of gender bias, we have to go back to the popular idea that there are fundamental and universal differences between the sexes. We’ve all heard that Men are from Mars and women are from Venus, and that men don’t listen and women can’t read maps. We’re brought up to believe that male and female brains are wired differently: that we think and communicate in different ways and have different yet complementary skill sets. The assumption is that the sooner we recognise these differences and appreciate that men and women bring different things to the party, the happier we will all be. It’s a convenient belief – but the scientific evidence doesn’t back it up, and it’s a major factor behind gender inequality and discrimination in the workplace today.

We are all victims of gender stereotypes

Extensive research has shown that in terms of intellectual capabilities, there are no significant differences between men and women. Yet it’s a fact that certain professions are overwhelmingly dominated by one gender or the other and that women are under-represented in senior roles. A 2015 report by the US Bureau of Labor Statistics entitled ‘Women in the Labor Force’ shows women making up just 24.7% of computer and mathematical occupations and only 15.1% of architecture and engineering occupations, despite constituting nearly half (47%) of the total US workforce. By contrast, women accounted for 74% of human resources managers and a massive 82% of social workers, yet only 27% of chief executives. The differences are stark, but there is a lack of scientific evidence to show that these are down to any inherent difference in intellectual capability.

The differences that emerge appear instead to be a result of stereotyping and social conditioning that begins very early in our lives. Boys are naturally ‘expected’ to be better at maths and sciences, are actively encouraged in these fields and are given more opportunities to develop their skills. Boys are also expected to ‘brave’ and ‘assertive’, and these traits are rewarded. Girls, on the other hand, are expected to be ‘emotional’ or ‘good communicators’ and it is their verbal and creative skills that are encouraged. They are also expected to be ‘caring’ and ‘gentle’, and are rewarded for these behaviours. These stereotypes persist into adulthood, with both men and women facing social penalties for going against the expectations of their gender.

As world-renowned bias expert Professor Binna Kandola of business psychology consultancy Pearn Kandola explains in Skill Boosters’ course on ‘Understanding Unconscious Bias’ , stereotypes are one of the forms of our implicit bias. They come from a variety of different sources – such as the media, our friends and family, our cultural background and our personal experiences – and are essentially a kind of cognitive shortcut that enables us to categorise the world, saving us from having to interpret every interaction from scratch. While this ability to sort people into categories might have been useful for enabling our caveman ancestors to build social bonds and tell friend from foe, today it’s a major contributing factor to the development of stereotypes, prejudice and, ultimately, discrimination.

The gendered roles in work and society that we see today are not the product of inherent differences between the sexes, but a social construct – and history shows that things were very different in the past.

Prior to the industrial revolution, men and women performed a wide range of mutually interchangeable roles, from masons to brewers to carpenters and hoteliers. Even in 18th century Europe, 9% of girls in England and 19% of girls in Geneva went into trade apprenticeships. Compare that to the US today, where only 2.6% of trade jobs are held by women. As little as 100 years ago, nursing – today seen as a predominantly female occupation – was done almost exclusively by men, and articles were written in the popular press decrying the attempts of women to enter the profession. So what changed?

As the separation of ‘work’ and ‘home’ after the industrial revolution became more entrenched, so did expectations around women staying at home as primary care-givers and men going out to be the breadwinners. New technology came to designate the status of certain roles and the division between ‘male’ and ‘female’ roles became more pronounced. This state of affairs continues today, with roles involving new technology and investigation being seen as typically ‘male’ while social, creative and administrative roles tend to be regarded as ‘female’ – usually carrying with them lower pay and lower status.

Gender bias is not just about women

Typically, when asked to give a definition of gender bias we automatically think of bias against women. We think of the gender pay gap, of women concentrated in low-paid jobs, of working mothers being denied flexible working or women failing to break through the glass ceiling. Yet men can also be significantly disadvantaged by gender bias. Male employees who exhibit stereotypically ‘female’ traits (or who fail to display stereotypically ‘male’ ones) face being passed over for management and leadership roles and deemed to be lacking in drive and ambition. Men can also find it hard to get work in sectors that have traditionally been dominated by women and are frequently penalised – often more harshly than their female counterparts – for wanting a better work-life balance.

So how can we recognise where gender bias may be having an impact, and what can we do to tackle it? In Skill Boosters’ course on  ‘Understanding and tackling gender bias in the workplace’ we examine some of the ways of identifying and addressing gender bias and the enormous benefits that doing so can bring for both individuals and organisations.

Bias can have a strong influence on how we assess people’s skills, strengths and potential. Constantly reviewing the decisions we make and forcing ourselves to be objective, rather than relying on convenient stereotypes, will greatly increase the likelihood of getting the best talent and giving everyone the right development opportunities. Even just thinking about whether we give more time to some people than others can give us a heads-up that bias is at work, so it’s important to consider our thought processes at every step.

We all have an idea of what we think a ‘leader’ ought to look like. This ‘leadership prototype’ will be influenced by our own individual background and experiences – for example, we may imagine a leader as being white and male, having a university education, or being of a particular age or physical build. This will in turn influence our decisions about who will make a good leader, making us less likely to promote people who don’t fit the prototype and potentially causing us to miss out on talent.

We’re all aware of negative stereotypes around gender, but positive stereotypes can be equally damaging. This is largely due to the fact that because they are positive, they are more likely to be accepted. The belief that women are naturally empathetic, for example, can serve to reinforce our belief that empathy is a desirable trait in all female employees, and we may overlook other qualities that don’t tick the ‘female’ box. Similarly, we may not appreciate ‘female’ traits such as empathy in men, because we aren’t programmed to value them as highly.

4. Be positive about parents

Studies show that parenthood impacts differently on men and women, but that it can have profoundly negative repercussions for both. While women tend to be regarded as less competent or less committed to their job than they were before they became a parent, men’s reputations tend to be enhanced, with them typically being seen as more ‘warm’, more ‘responsible’ or more ‘caring’ than before. Yet while both men and women can be penalised for wanting to take time off, or to work flexibly in order to care for their children, the impact is typically far worse for men, who will often be disadvantaged more for going against gender expectations.

5. Talk about gender bias and how we define it

Bias is entirely natural – but it’s something that we find very hard to talk about. Tackling bias effectively at an organisational level means creating an environment where people feel that they can discuss their own biases and challenge decisions where they feel that bias is playing a part. If you’ve got active top-level commitment to acknowledging and tackling bias, this will filter down through the organisation and help to open up a dialogue that will in turn serve to change ingrained attitudes and perceptions.

Our gender bias training films come in these formats.

Short film
An essential overview of the key learning points of a topic in a 10-minute film. For delivery online or in a classroom.
Micro-course
A 15-minute video-based online learning journey delivered in bite-sized chunks with an easy-to-use menu. Ideal for learning on the go.
Course
A 30 to 60-minute video-based online training course with downloadable learner notes and assessment quiz.
Go to catalogue

Used by leading organisations around the globe, Skill Boosters produce video-rich online courses that engage learners to bring about real and lasting behavioural change in the workplace. 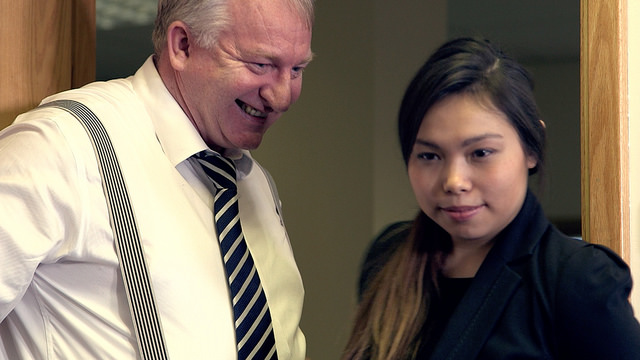